From Jenny: I’m so happy to welcome YA author Jenny Elder Moke to the Boswellians Blog to talk about her new book, Hood, a reimagining of the legend of Robin Hood. This time readers get to experience Sherwood Forest and England under King John’s reign from the point of view of Robin Hood’s daughter, Isabelle. The result is a great adventure story filled with lots of witty dialogue, an endearing thief as a love interest, and a strong female main character with the archery skills of Katniss Everdeen. Jenny Elder Moke explores the themes of trust and betrayal when she gives Isabelle an impossible choice to make, one with deadly consequences for her small family. Between that and richly developed emotional ties connecting the central characters, I couldn’t turn the pages quickly enough.

JENNY CHOU: Hi Jenny! Thanks for chatting with me on the blog today. Sixteen-year-old Isabelle has grown up in a remote English convent under the care of her mother, the Prioress. Right from the first page readers know Isabelle’s quiet life is about to change dramatically. Her archery skills have landed her in serious trouble and on the run. What challenges is she up against as she leaves the convent behind?

JENNY ELDER MOKE: First of all: thank you for your kind words! Having readers discover and love my story has truly been the greatest joy of being a debut. As far as Isabelle is concerned, her whole existence is about to get turned upside down and inside out. Her biggest worries in the priory were avoiding the vicious Sister Catherine and her back-breaking chores, but when she *accidentally* shoots a king’s soldier and lands herself in prison, she learns that there are worse punishments than scrubbing the dormitory floors. Now she’s on the run facing a corrupt king, his lethal right-hand man, and a hidden world of outlaws deep in the greens of Sherwood Forest. Oh, and surprise! Her dad is Robin Hood, the infamous outlaw who’s been a constant thorn in the king’s side.

JC: What do you hope readers, and especially teens, take away from Hood?

JEM: More than anything, I want this book to be an adventure and an escape from reality. Which we could all use more than usual right now! But that’s what I loved most about books when I was a kid, their ability to transport me to fantastical worlds with exciting adventures I couldn’t have in my own life. They were an escape hatch, a lifeline, and I hope I can give kids that same secret door in the back of a cupboard. 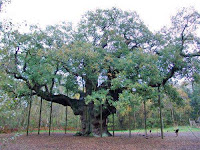 JC: So much work goes into crafting a novel - from creating a setting so real that readers understand what it’s like to balance high above the ground on a rope bridge in Sherwood Forest to giving characters motivations and individual personalities. Do you start with an outline and character profiles or do plot, characters, and setting develop as you write the story?

JEM: Oh no, don’t get me started on craft hahaha. I could talk about it ALL day long. My process has evolved as my skills have evolved, to the point that I do a huge chunk of planning and processing up front before I start writing. I’ve done a lot of work on my own process, as well as studying other people’s processes (I highly recommend Story Genius by Lisa Cron for character development and Save the Cat by Blake Snyder for story structure). Now I take a more multi-pronged approach, knowing that all aspects of story influence each other. I usually start with a premise, the “what if…” and then figure out the theme, the story I’m trying to tell. From there I imagine what kind of character would be most interesting to follow through the story, and I chart out major plot points we’ll hit along the way (inciting incident, midpoint, climax, etc.). Then I’ll start filling in scenes in an outline-type format, making sure I identify external plot points and internal emotional points. And THEN after several weeks/months of this, I’ll actually start drafting.

JC: School Library Journal gave Hood a starred review (Congratulations!) and said, “The ending leaves readers wanting more, and there is room for a sequel.” By any chance is your next project a sequel, or is your writing taking you in a totally different direction? Tell us what’s next!

JEM:  I’ve had several people ask about a sequel, which is so flattering and exciting! I have definitely wondered what would happen to the kids now that the country is going to war. The door isn’t closed for me yet. But right now I'm excited to be working on a new series with Disney Books! The first book in the series, Curse of the Specter Queen, is about a book-loving codebreaker, her childhood crush, and her reckless best friend working together to stop an ancient Celtic curse that could destroy the world. It's like Indiana Jones meets National Treasure by way of the Mummy. It's just as adventurous, nail-biting, and bantery as Hood, and I can't wait for readers to discover it next year!

JC: Well now I can’t wait to find out about this exciting upcoming project. Let’s imagine you get to be an Indie bookseller for a day! Are there any new releases you’d suggest to YA readers?

JEM: Oh my gosh, that’s a dream! Although I don’t know how I’d get anything done if I’m always sneaking off to hide in the stacks and read haha. But there are a few fellow debuts who have incredible books coming out this year. If you like romance and breath-taking action, If You Only Knew by Prerna Pickett came out in February. If you’re like me and crave historical, The Silence of Bones by June Hur just recently released in April. And if you can stand the wait, A Golden Fury by Samantha Cohoe comes out in October this year. I loved this book so much I threatened to duel her at dawn for being so good at writing.

JC: YA writers dueling at dawn. I’d get up early for that, though of course it would only be pretend and we’d be in our pajamas, drinking coffee and munching on something yummy made of chocolate as we watched the sun rise. Thanks so much for chatting with me, Jenny! Follow her on Twitter @jennyelder and on Instagram @jennyeldermoke.
chrisoftheinterwebs at 2:33 PM