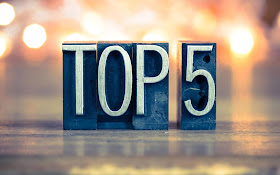 November has come and halfway gone, and for booksellers, that means we're now reading books that won't hit our shelves until next year. It also means that each of us has compiled and completed our list of favorite books of 2020. Some of these you've perhaps seen featured in our newsletters over the year as staff picks, and a handful of them have even made their way into our yearly gift guide, which hit mailboxes this week! (Note - you can also browse our full gift guide on the Boswell website - click right here to see it now!) Over the next couple of week on the blog, we'll feature these top 5 lists, a few booksellers at a time. Maybe you'll have your favorites confirmed, or maybe you'll even find a new favorite that you missed this year. So enjoy part one of our year-end wrap-up!
Why not start at the very beginning (a very good place to start) of the alphabet with the top 5 selections of our kids book buyer Amie! Here they are: 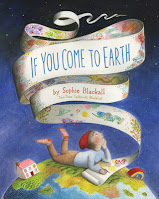 This stunning book is inspired by the thousands of children Blackall has met during her travels around the world in support of UNICEF and Save the Children. This is both a guide to our home planet and a call to action - to take care of our home and each other. 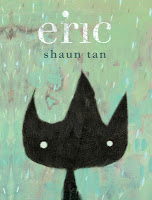 Eric by Shaun Tan
I know that Amie debated making this her top pick of the year, and we only held it back from the gift guide because we want to feature many different authors, and last year's guide featured Tan's brilliant Tales from the Inner City. That said, I think if Amie could make a Shaun Tan book top her list every single year, she probably would. Eric is the story of a foreign exchange student (a stand-alone, expanded picture book story adapted from Tales from the Inner City) who visits a suburban family and brings with him boundless curiosity.

#4 The Time of Green Magic by Hilary McKay
From the many-award-winning McKay comes this middle grade novel that the New York Times Book Review calls "utterly enchanting... an instant classic." And I believe Amie would agree. This one did make our gift guide this year, and for good reason. It earned starred reviews from just about every publication that offers both reviews and stars to books. It's the story of Abi, whose father remarries and moves them into a strange, ivy-covered, and perhaps magical new home. 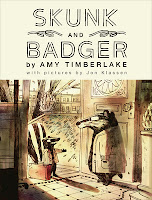 #5 Skunk and Badger by Amy Timberlake, illustrated by Jon Klassen
Well, if you follow this blog, or really, just about anything that we put in writing and send to our wonderful loyal customers, then you know that we are just a little bit obsessed with Skunk and Badger. Timberlake joined us for one of our virtual events recently - check out the video here. And Klassen's full color, full page illustrations give this odd couple tale a timeless feel. You won't be the same after you make friends with this duo!


And now, onto Jason, our adult book buyer, and his favorites of the year!

#1 Before the Coffee Gets Cold by Toshikazu Kawaguchi
Several of us have become fans of the books Hanover Square Press has been putting out recently (you'll note another in Chris's top 5 list, to be posted in a later blog) and so it isn't too much of a surprise that one of their big books for the fall is one of ours, too. Jason and Kay both wrote up staff recs for Kawaguchi's novel, about a cafe in which those who sit with a cup of coffee can travel through time. As Jason notes, there are a lot of rules, but ultimately, Jason says, "the simple, the emotions complex, and I really enjoyed my time spent in the hole-in-the-wall cafe."
#2 The Only Good Indians

by Stephen Graham Jones
Anyone who's spent five minutes this year in a conversation about books (okay, honestly, about almost anything) with Jason has almost certainly heard about Graham Jones from him. He's convinced more than one of us on staff to try SGJ's writing, and he has definitely been excited to talk to more people about it. About The Only Good Indians, Jason says, "Stephen Graham Jones depicts Native Americans on and off the rez; the hardness, the bleakness and briefness of life there. There's some beauty in there, too. The sweat lodge scene and the meaning behind it was really engaging and great, until the killing started. This book will kick out at you when you least expect it to, and you will love it."

#3 The Relentless Moon: A Lady Astronaut Novel by Mary Robinette Kowal
Jason runs our in-store (virtually, these days) Sci Fi book club, and that's because of all the people in the store, he is THE go-to sci-fi-guy. So another not-so-surprising thing in this blog post is that he would add the Hugo and Nebula Award-winning series to his list! Jason says, "Mary Robinette Kowal does an amazing job at looking at the personal ramifications as well as the political and social ones of a world hurtling towards disaster. Can't wait for the next volume!"

#4 Tender Is the Flesh by Agustina Bazterrica, translated by Sarah Moses
This one is intricate, so perhaps it's best if I share Jason's full rec:
"After a virus put animals on the brink of extinction (humanity helped by killing all animals they thought could get them sick, too!), you would think we would become Vegans. Guess again. Cannibalism has become state sanctioned, and Marcos heads up one of the meat processing plants. Agustina Bazterrica takes us brutally by the hand and drags us through the entire process, from the ranchers that raise the ‘cattle’ to the meat processors and tanneries. To say that some of the descriptions are disturbing is putting it mildly. The story really kicks off when Marcos gets a gift from El Gringo, a female FGP. Not understanding what to do with her (as he says, 'he kills head, he doesn't breed them'), he ties her up in the barn and goes off to work. Through Marco's eyes we see and hear all the horrific ways humanity has created 'special meat' for the world to eat, and how that meat is treated, hunted, and used. This book is not for the squeamish - I LOVED IT!"

#5 We Keep the Dead Close: A Murder at Harvard and a Half Century of Silence by Becky Cooper
This true crime tome was a late addition to Jason's list this year, I believe. He's not the only one contributing to the hype - it's a recommended book by The New York Times, Publishers Weekly, The Washington Post, Town & Country, and the list goes on and on. The set up: in 1969, at Harvard University, Jane Britton, an ambitious twenty-three-year-old graduate student in the Anthropology Department was be found bludgeoned to death in her Cambridge, Massachusetts apartment. Jason didn't write a formal rec for this one, so let's hear from another bookseller: Camille Kovach, Completely Booked, Murrysville, PA, who says, "Delving into the academic culture of Harvard, the misogyny of the 1960s, and the burgeoning women’s rights movement, the story follows several threads, all of which have a significant impact on the life of Jane Britton, whose story is told with empathy, compassion, and five decades of curiosity."

Okay! If you don't like to wait, you can see the full list of Boswellian top 5 picks (sans notes on each book as seen above, alas) right here on our website. Keep an eye on this space, too, as we'll have another list of picks up soon!
chrisoftheinterwebs at 4:29 PM