What's scarier than a zombie or a vampire? A ZOMBIE VAMPIRE.

Before I begin, a quick update about how my life in receiving has been since you last heard from me.
My friends from around the country often ask me how cold it is in Wisconsin. In particular when there is a heat wave wherever they live. It's as if they are trying to cool off vicariously through me. I have to try and patiently explain that Wisconsin does not snow throughout the year, and we are, in fact, rather hot here too. And then we inevitably get into an argument about how our 86 degrees with 70% humidity isn't as bad as their 90 degrees and 0% humidity. Sheesh.
Long story short, it's really flipping hot in receiving, and it's only amplified when I have to keep moving boxes of The Passage around.

Flash back a few months. Jason, as usual, hands me a pile of advance reader copies, tells me that I will love all of them, and sends me on my merry way, trying my hardest not to drop them all over the floor. Amongst these was a copy of The Passage by Justin Cronin. Apparently the buzz was off the chart for a horror-esque novel. Stephen King wrote very positively about it, and a massive movie deal was signed before publication (with Ridley Scott likely directing!) to the tune of $1.75 million. It certainly seemed to be in my vein for genre. There was just one problem. It was really long.
I know, I know. That really shouldn't be the deciding factor for whether or not you're going to read something. But nearly 800 pages is a serious time commitment, and even looking at the advance reader copy made me wonder how many trees died so that it might live. It's a daunting prospect, starting a book of that size. So I didn't.
Fast forward back to about a week ago. Our event at Sugar Maple with Justin Cronin and Dan Chaon is over and done with, and all that remains are copies of The Passage. And I mean boxes. There was a slight misprint in the book (it cut out about four not-very-important-to-the-story lines), which led to Random House sending us five new boxes. Under the pressure of the glowing reviews, the forthcoming film, Jason pestering me, and about sixty copies of this massive book taunting me to read it, I finally caved.
I sat down after dinner one night and opened the book for the first time. I closed it again much later, wondering why it was so dark. I had blown through 300 pages without a second thought.
The story begins with death row convicts being rounded up and taken to a military installation. Brad Wolgast, the FBI agent in charge of contacting these convicts, doesn't give too much thought to it. Then orders come down from the top to bring in a civilian... a young girl named Amy. He decides to try and help her escape, but both end up prisoners in the military installation. Things go wrong, of course. Lots of people die, and the truth about what was happening comes out when twelve crazy zombie vampire military experiments escape. And we're talking 28 Days Later and Nosferatu zombie vampires, not Dawn of the Dead and Twilight zombie vampires. 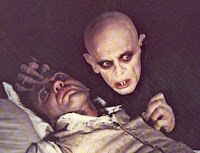 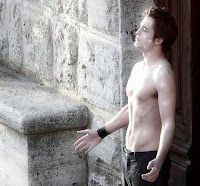 
The world (or at least the United States, the fate of other countries is unknown) falls apart. Some 80 years after the disaster, the last known remnants of humanity reside in a colony bathed in artificial light and defended by the Watch, essentially the town guards. They are self-sufficient, and can hold out as long as the engineers can keep the lights on. However, everything changes the day a young girl who seems to be uninfected appears at the gates...

I'm sort of glad I wasn't at the Sugar Maple for this event after I read the book, because I probably would have ended up trying to hug Justin Cronin and that may have been awkward. I have never read a book like this. The characters are charismatic, flawed, and believable. The descriptions of the colony and the world beyond her walls, 80 years after the world as we know it died, give us a glimpse of Cronin's genius. 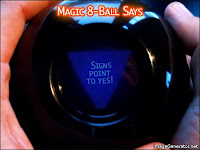 You might think it difficult to take the concept of zombie vampires seriously, but let me assure you - Cronin pulls it off. I have not been this scared of a fictional creature since I read Salem's Lot in sixth grade. Truly terrifying stuff. My favorite book of 2010? With still about half a year remaining, signs point to yes.
Greg at 5:05 PM